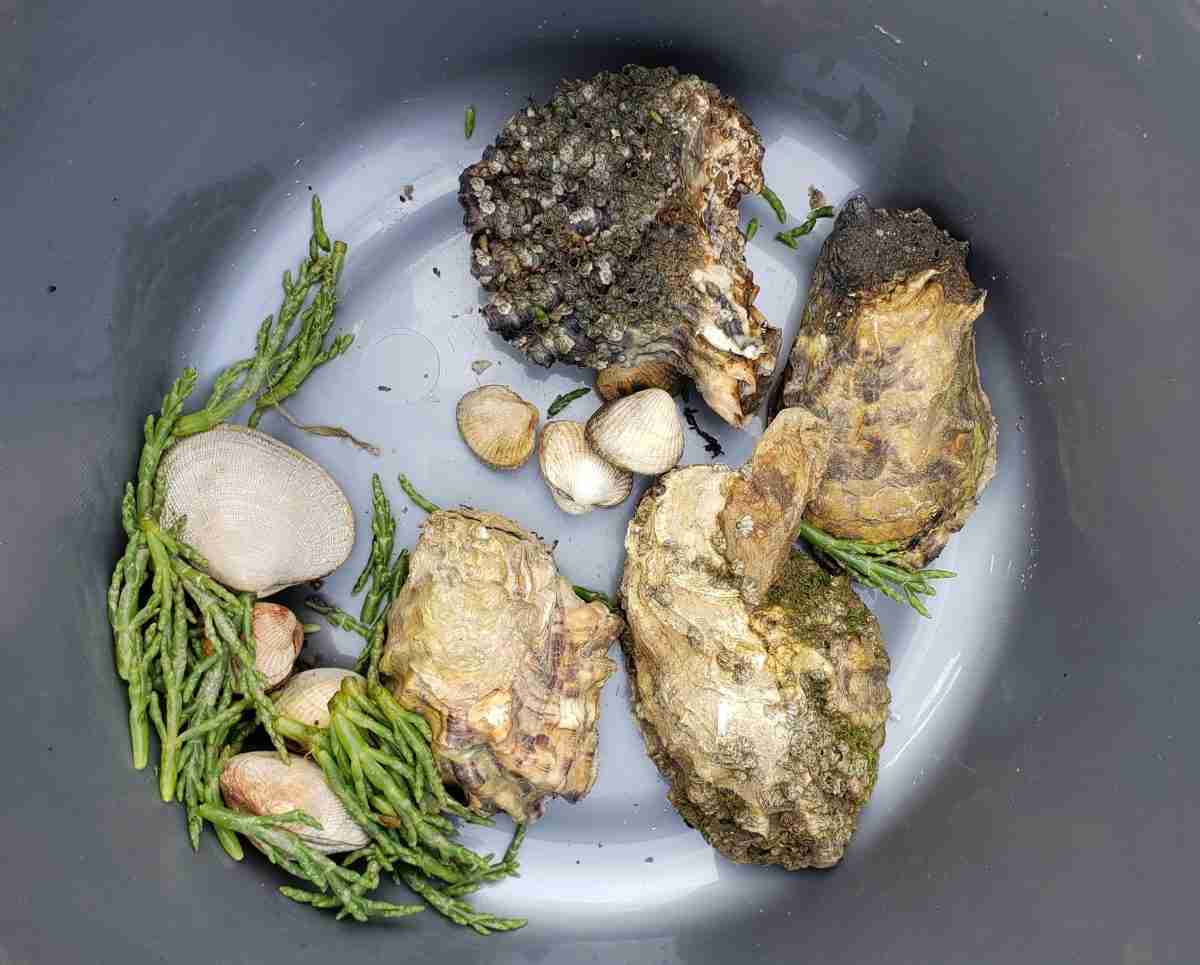 Oysters are in season in the UK from the 1st of September to the 30th of April.

So the colder months of autumn, winter and spring.

The general rule is that oysters, as well as other bivalves, should only be collected and eaten when there is an ‘r’ in the month.

What months should you eat oysters?

Oysters are best eaten in the colder months of September, October, November, December, January and February.

This is not to say that you can’t eat them in the other warmer months, but be aware that they may not be in their peak condition due to them spawning and the water quality not always being the best.

Where do the best oysters come from in the UK? Where to find wild oysters in the UK

The best oysters come from the cleanest waters.

However, each area is said to impart its own different flavours and therefore, it is a matter of opinion as to which area produces the best oysters flavour-wise.

The main commercial oyster bed locations in the UK are in Devon, Cornwall, Dorset, Kent and Essex.

Oysters from Pyefleet in Colchester are the most highly prized commercially and as such command the highest prices.

The west coast of Scotland is also highly regarded for oysters.

Be warned though, all oysters in Scotland are the property of the crown estate and a permit must be obtained before collecting wild ones.

Unfortunately, this permit will not be freely given.

If you are collecting yourself, then the above will be of little consequence.

Rest assured that as long as the oysters are in season and from clean waters, will be tasty – regardless of location.

These are unashamedly stolen from John Right’s book – Edible Seashore and are a great set of rules to keep in mind when foraging for filter feeders (bivalves).

It’s also a great book to grab if you have an interest in coastal foraging.

Talk to local fishermen and check with local authorities about the water quality in the area where you are looking to collect oysters.

2. Only collect from obviously clean areas

This sounds fairly obvious, but it needs to be said…don’t collect from narrow estuaries, harbours, marinas, or outflow pipes.

Oysters are filter feeders, so use your common sense on this one.

3. Only collect shellfish when there is an ‘r’ in the month

Whilst not relevant to every situation, this rule does have good reasoning behind it.

If the month doesn’t have an r in its name, then it’s one of the summer months and is when the mussels are most active (filtering lots of water), as well as the warmer water causing algal blooms and more bacteria being in the water.

As oysters are filter feeders, the above does not exactly help matters.

Unless you are 100% certain that your oysters come from grade-A waters, the only way of being sure that you have killed all bacteria and viruses is the cook them thoroughly.

Cooking will not however remove any algal toxins, which is why you need to be very careful about the time of year you collect and know the waters.

Simply put, just like mussels, don’t eat raw oysters unless you are 100% sure of the water quality and even then you risk it.

5. Always check for signs of life before cooking

Check that the oyster shut tightly when you tap them on the side of the cooking pot. If not discard.

Equally, if confident enough to go down the raw route, it’s always a good idea to smell the oyster once you open it. It should simply smell of the sea.

Oysters are considered a rare find these days for the coastal forager.

They can be found in the South of England, Devon, Cornwall etc, as well as the Thames estuary and Solent. Northern Ireland also.

The West Coast of Scotland has relatively good numbers of oysters.

However, due to Scottish Law, you are forbidden from collecting native oysters, as they belong to the Crown.

You can get a permit, but these are not easily obtained.

You can of course find wild oysters in other parts of the UK, but the above locations are the main strongholds.

Are oysters good for you?

Yes, fresh oysters (from clean waters) are good for you.

All of the above can contribute towards a healthy diet.

No. Oysters should not be eaten in the summer as this is when they spawn and are not in their best condition.

Additionally, the water quality is not always great in the summer due to algal blooms etc, which is why oysters are usually only eaten in the colder months.

Do you chew oysters? How do you eat oysters?

This all depends on if you are eating them raw or not.

If eating raw, then you generally don’t chew the oyster and just swallow it straight down.

If eating cooked, then you chew the oyster before swallowing.

Are oysters better raw or cooked?

If eating raw, you may want to swallow the oyster straight down, without chewing.

When served in a restaurant, this is the general way they will be served to you.

You do usually put some lemon or tabasco on though to add to the flavour because the simple fact is – they don’t really taste of much!

However, as you are collecting oysters yourself, you get to choose their ‘end game’.

Having eaten them both ways, I personally believe they taste better cooked, fried in butter, or grilled in their shell on a barbeque/fire.

When cooked, they taste like a ‘fluffy cloud’, which is quite nice and my recommendation if you manage to locate any.

Can you eat oysters straight from the sea?

Yes, you can eat oysters straight from the sea, providing that you are confident they are from clean waters and have followed all the usual precautions listed above.

Can you eat too many oysters?

Yes. Just like most things, you can eat too many oysters.

Oysters contain high doses of vitamins and minerals which can be too much for the system.

Stick to normal quantities, such as 3-4 oysters and you should be fine.

Are there pearl oysters in the UK?

Yes, there are ‘Pearl Oysters’ in the UK as such, but not the type that you would be making any jewellery from.

The most common type of oyster found in the UK is the Pacific Oyster (Crassostrea gigas) and our native oyster (Ostrea edulis).

Both can apparently produce a small pearl, but it is not often noticed and usually eaten.

Proper ‘pearl oysters‘ (Pinctada margaritiferus) are found outside the UK – mainly in China -and are produced commercially for this purpose.

Please exercise restraint when picking oysters and only take what you are going to eat that day.

They take a few years to reach maturity and if they are over-exploited, this will have an impact on future populations as well as the local ecosystem.

Collecting oysters brings with it its own set of dangers.

This comes from both environmental conditions, such as tides, wind, sun etc as well as the risk of getting it wrong and giving yourself food poisoning etc.

Please treat the above as a general guide only and cross reference with other trusted information sources, before you harvest and eat any oysters.

Hungry for more? Take a look at our other coastal foraging articles which include mussels, razor clams and samphire.